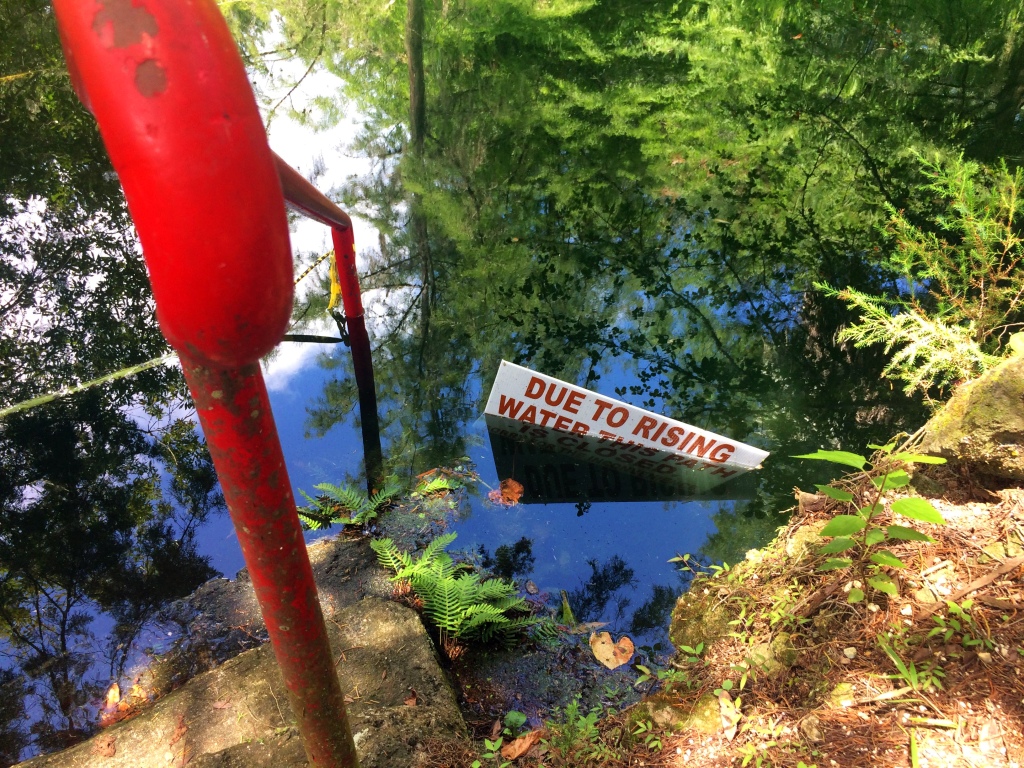 Our research trip began with a simple premise: to investigate the politics of energy transition in the USA.

At home in Scotland, support for renewable energy is widespread. From retired accountants to full-time mums, our interviewees cited climate change, community bonding, financial investment, job creation, and a desire to become self-sufficient as motivations for joining community renewable projects. Public and cross-party support has enabled Scotland to become a world leader in renewable energy, meeting emission targets early and due to generate all its electricity from renewable sources by 2020.

But Scotland is a small, sparsely populated country with an established culture of state welfare. Its efforts are exemplary; they cannot change the world alone.

It is in the US – history’s biggest carbon polluter and champion of convenience and commerce – that change must urgently occur. America’s energy decisions have momentous impacts on climate that will continue to reverberate long after our lifetimes. The choice between a future of mutual sacrifice or mass extinction is already being made.

Armed with a Prius, a video camera and two lapel mics, we drove from northern Michigan to southern Florida and back again up the east coast to New York—a triangular journey spanning over 4,500 miles.

We attended a political rally in Flint where water supplies have been lethally contaminated with lead since 2014. We spoke to a family in Kentucky about their nostalgic attachment to the local coal plant and interviewed student activists organising against white nationalists and a hostile police force. In Florida, we met a local media meteorologist fleeing the precarious coastline; in Atlanta, a cancer survivor protesting her million-dollar treatment bill.

At its core, we were hearing the same story of disempowerment and precarity, subjugation to corporations, and an inability to find safety and security. Air and water were being contaminated for the profits of fossil fuel companies and its victims were footing the bill. It quickly became apparent that energy is at the heart of a web of overlapping ecological and political concerns: the more the poor suffered the consequences of a carbon capitalist economy, the less time, money and power they had to combat it.

Climate change inevitably formed the backdrop of our journey. We set off during the summer heatwave as global news channels flooded with reports of extreme weather. In July, California’s Death Valley endured the hottest month ever recorded on Earth while wildfires raged north of the Arctic Circle in Sweden, and a drastic rise in mortality ignited speculation that India may soon be too hot for habitation.

Locally, the trip was punctuated by mosquito bites. My skin reacted dramatically, swelling in red lumps the size of fifty pence pieces. Itchy, irritating, and laced with threat, the diseases spread by mosquitoes, fleas, and ticks in the US have risen 250 per cent in thirteen years. Atlanta’s Centres for Disease Control have reported cases of dengue fever, Zika virus and chikungunya in Florida and Texas, and warn that malaria and yellow fever could soon be reintroduced thanks to the warming climate. Similar disease-carrying species were recently discovered in the UK where higher spring temperatures provide a fertile breeding ground.

The day after we left northwest Florida, a red tide of toxic algae decimated marine life and washed hundreds of rotting carcasses – including fish, turtles, sharks, and manatees – onto the beaches of seven counties. The state declared an emergency situation as the water ran dark and locals suffered respiratory distress. On the opposite coast, blissfully unaware, we swam in bathwater seas off Miami Beach. 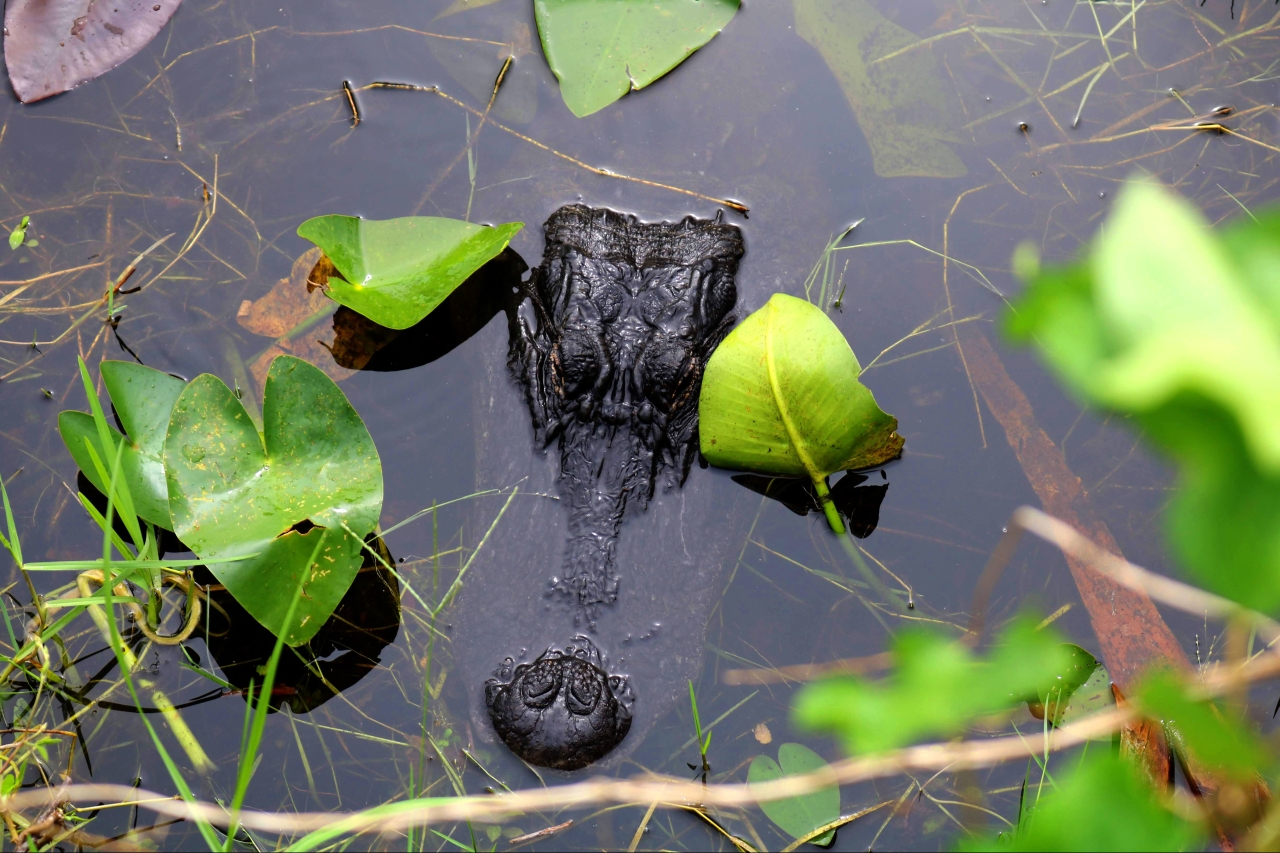 Florida is a beautiful, unpredictable state; in August, it was heavy with humidity and scarred by heat lightning. In Everglades National Park, we watched a purple gallinule (or ‘Jesus Bird’) treading lily pads to cross a stream and listened to the croaks, chirps and roars of creatures we had never seen before. There is a sense in Florida that nature was never fully brought under human control—that it is only an overnight storm away from a Jumanji-style flood that fills the living room with alligators.

But humankind has left its mark. Though algal blooms are not unprecedented, rising water temperatures, increased CO2 emissions, and runoff nutrients from fertilisers have made the blooms more toxic and enduring. The same biodiversity we marvelled at (and the source of Florida’s lucrative tourism industry) was being flooded, displaced, starved, burned, and poisoned.

Political reluctance to address environmental decline has made things even worse. As Florida is hit with hurricane after hurricane, as carcasses line its beaches, as its coastlines disappear under toxic waters, its government officials are barred from using the phrase ‘climate change’ publicly. Mitigation efforts are harshly disincentivised; despite being third in the US for solar potential, the ‘sunshine state’ derives less than 1 per cent of its electricity generation from solar. In state after state, off-grid energy production is made expensive and difficult to install or banned outright.

The planet has so far warmed by just 1°C and already news reports read like biblical punishments: a lethal plague. A dead sea. The Arctic burning. Our trajectory is between 3 and 4 degrees of warming by 2100.

So what does the future hold?

When India becomes too hot to live, where will her one billion refugees flee to? How will we welcome them—with harsher borders and cages for their children? What about America’s own citizens? More than 138 million people, over half the US population, live on the coasts.

The election of far-right candidates and the success of fascist movements is an early indication of how the Global North will respond to rising numbers of climate refugees. Brexit marks a similar movement towards fear and isolationism at home.

While contemporary climate change is the result of human action, not all people are equally culpable or able to survive its advancement. So long as the President of the United States denounces climate change as a myth and endorses fossil fuel companies, significant emission reduction cannot be achieved. So long as governments, corporations, and media outlets deter protest and deny the urgency of this emergency, the achievements of grassroots movements and activists are extremely limited.

Against crippling political barriers and seemingly unavoidable ecological feedback loops, hopelessness and despair are rampant. But many in environmental and activist circles are unifying.

Professors and students alike told us how they seek to educate people about climate’s intersection with poverty, gender and racial inequality in order to begin designing a civilisational infrastructure built for people and planet—not endless consumption. A clinical psychologist dropped her career to create The Climate Mobilization group, which calls for World War II-scale government action. One of the founding members of the Democratic Socialists of America excitedly recounted how tens of thousands flocked to the group after the 2016 election, determined that now is the time for change.

We ended interviews by asking participants what kept them optimistic in these difficult times. They told us about the communities they had found and grown, or young political candidates taking early strides against the status quo. Some told us nothing; they kept going because it was all they could think to do.

I found hope in those we spoke with, who reiterated again and again a shared commitment to life over death, to planet over profit. Even if their voices are still a minority. Even if they are scattered and scared. Even if some disasters are now inescapable.

Heather Milligan received a £1000 Santander Award from the Go Abroad Fund to undertake work as a Research & Production Assistant investigating the politics of energy transition and climate change across multiple sites in the eastern United States. The project will contribute to original PhD research conducted by Samuel Miller-McDonald and will be used to produce a documentary film (release TBC).

Heather recently graduated from the University of Edinburgh with a first-class degree in English Literature, having written her final dissertation on capitalism and climate change in contemporary fiction. She is about to pursue a Masters degree at the University of Oxford.