Why Winter is My Favourite Season in Calgary, Canada

I think most people with a basic knowledge of Canada would know that Calgary is a cold place. It is situated above 1000m at the Foreland Basin of the Canadian Rocky Mountains, and there are cold snaps in the winter season that take the temperature down to below -30°C and a RealFeel of below -40°C. But despite the coldness, the weather is nice most of the time. On average, Calgary gets 333 days of sunshine per year. There is just too much to do in Calgary in the winter, so lately I decided that winter is my favourite season in Calgary.

First, winter hiking. While most casual hikers tell you that summer is the ‘hiking season’, there is simply nothing as a ‘hiking season’. Microspikes, crampons, gaiters, and more- winter hiking in the Canadian Rockies is simply wonderful, my favourite part being bum-sliding down a slope after a tough hike. Most people in Calgary form small groups and carpool for hikes, and there are always some keen and experienced hikers on the same trip!

Johnston Canyon and the Inkpots 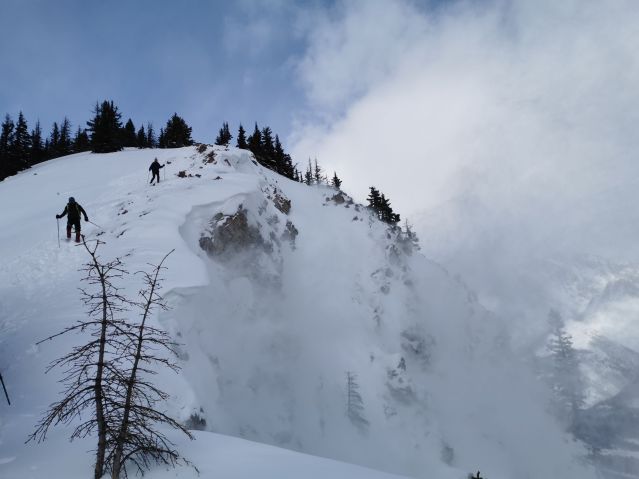 Second, skiing, snowboarding. The closest ski area- Calgary Olympic Park- is half an hour’s bus ride from the university. If skiing or snowboarding is not for you, they also have a tube park where you can spin down a steep slope in a tube. It is also a very exciting option. I sometimes even go skiing right after class! 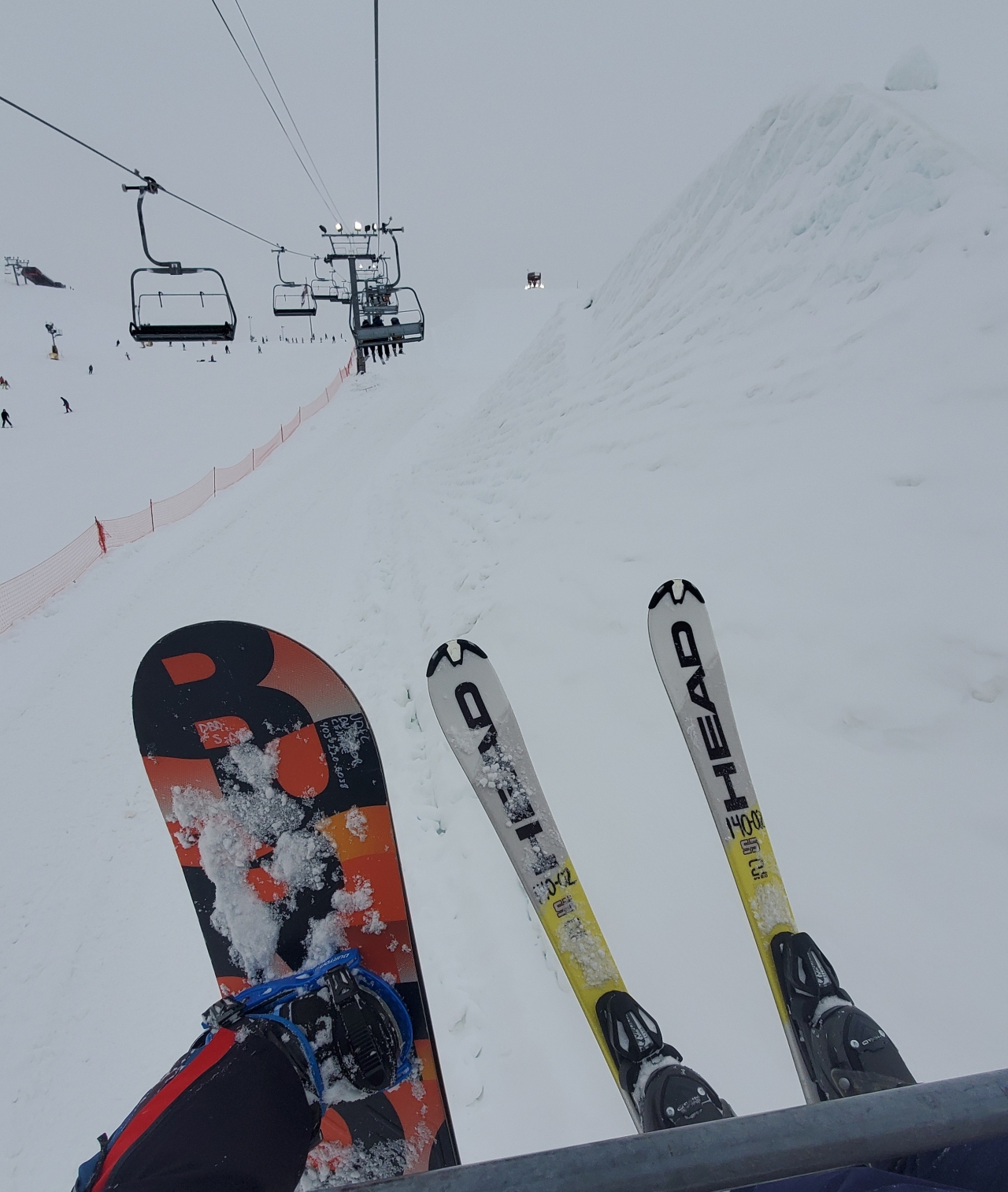 Third, wild ice skating. Calgary is so cold that some rivers and a lot of lakes freeze until May. Hence a lot of people bring their skates to the Banff National Park lakes and skate on wild ice.

Fourth, hockey. Ice hockey season runs from October to early April, and it is always exciting to watch a Calgary Flames Game at the Scotiabank Saddledome. On game days, you see people wearing Flames jerseys all around the city. I was lucky enough to watch one of the biggest games of the season: Calgary Flames vs Edmonton Oilers, one of the biggest rivalries in the NHL – featuring a legendary goalie fight! 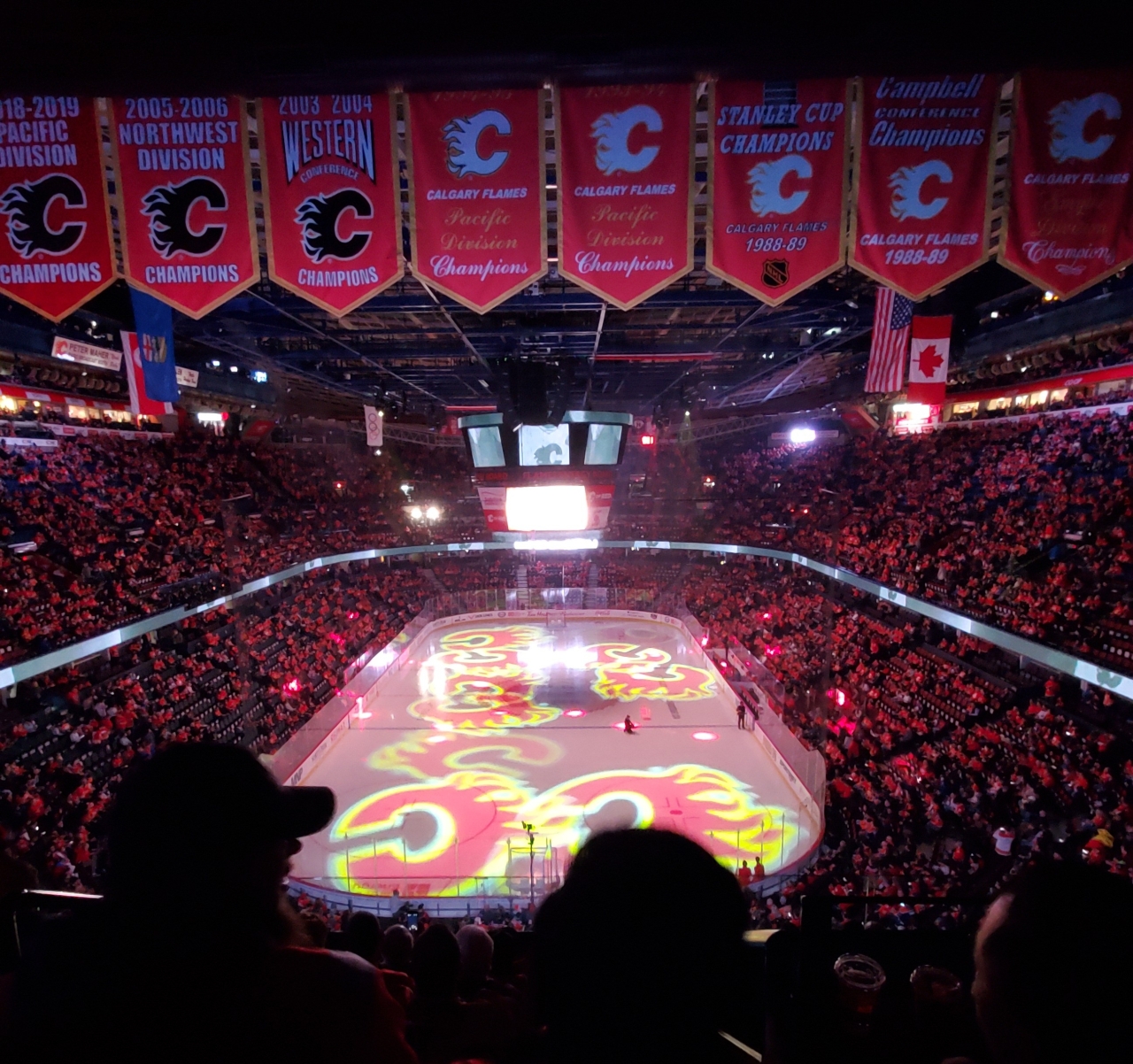 Fifth, hot springs. Who doesn’t like being in a natural hot spring surrounded by snow? Even better, Banff Upper Hot Springs is reachable by bus from Banff town centre! 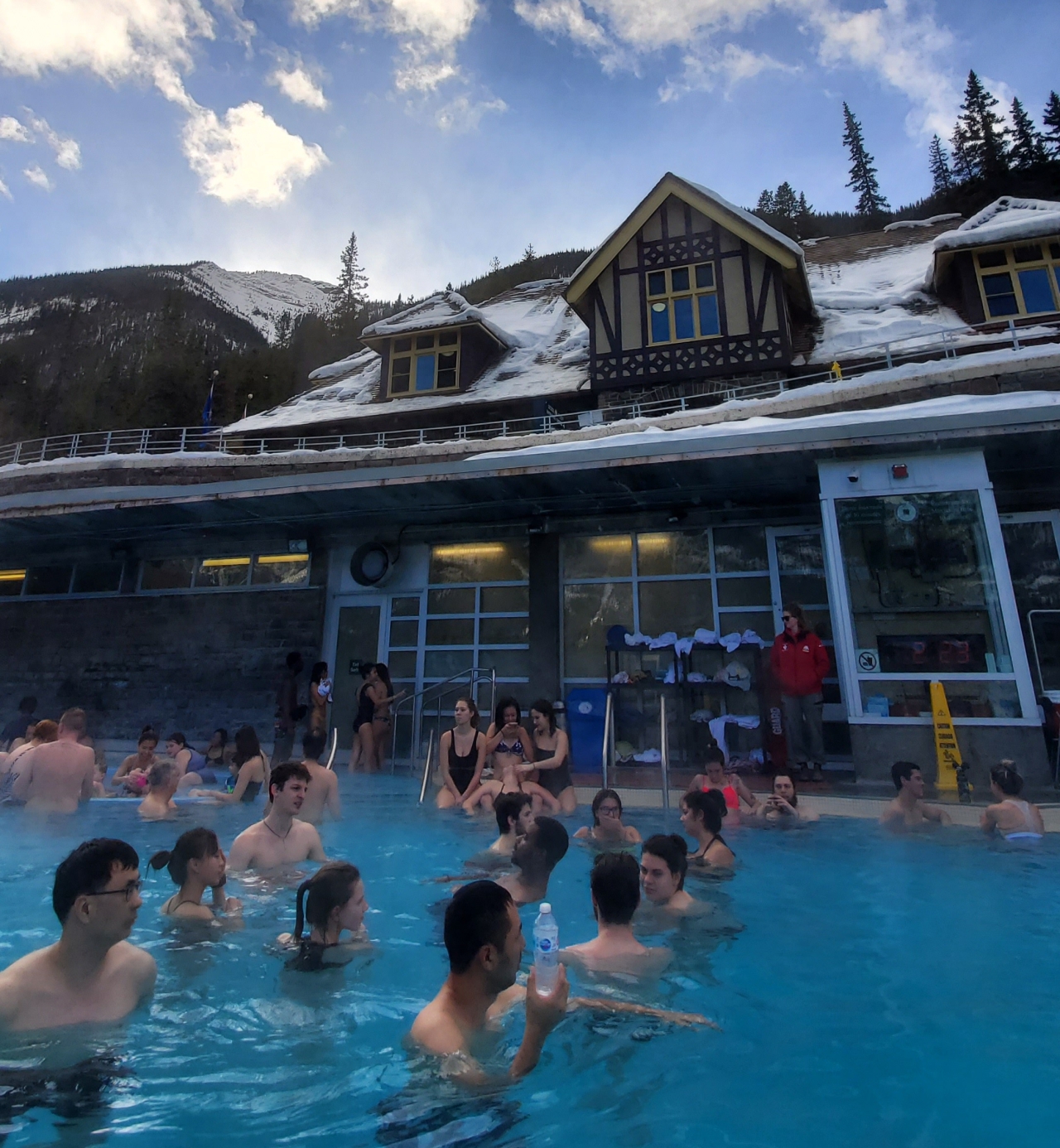 Every week, I go hike in the Rockies, watch a live NHL ice hockey game, maybe go out to Banff for a day trip, and go skiing or snow tubing with friends. Can you tell how much I love Calgary’s winter?