As soon as I heard about the SpaceX Hyperloop Competition I knew I wanted to be part of it. However, looking back at it, I realise the biggest surprise was not the discovery of the project itself, but the finding of my name on the list of people that had been chosen to represent the University of Edinburgh Hyperloop Team at the competition. So it was set, I was going to California next summer!

After 11 long flight hours, I finally got off the plane and a dense wall of humidity hit me right in the face. It felt like those holidays I used to go on with my family when I was younger. Only this time, I knew I was actually going to have to work. And so the experience began.

I got to work on our pod in a great workshop. The quantity of tools and machines they had there helped us finish what we started in Edinburgh. However, we had to move our gorgeous pod after a couple of days to an enclosed space provided by SpaceX. That way, SpaceX could have the whole process more under control. But for us, this meant that we could not operate heavy machinery anymore.

Finally, the day before the competition, we were already between the remaining 6 best teams of the world as we passed almost all the tests. These tests allow the teams to try out their pod in the tube of SpaceX. Unfortunately, late at night, we received the news that we did not pass the last test. We were all a bit heartbroken for a while, but the thought that we made it among the 6 best teams of the World kept our spirits alive, as well as our hopes up for next year.

The day after that, the day of the competition, we had a great time. We watched how the Technical University of Munich won the competition, and in addition to this, we had the wonderful opportunity of meeting Elon Musk and hearing his inspiring speech about future transport. How crazy to finally being able to meet your role model!

All this being said and done, we still made some time to go surfing at Huntington Beach as well as going hiking in California. I must admit, those 10 days in California were one of the greatest experiences I’ve had in a long time. Thank you, University of Edinburgh, for allowing all this to happen! 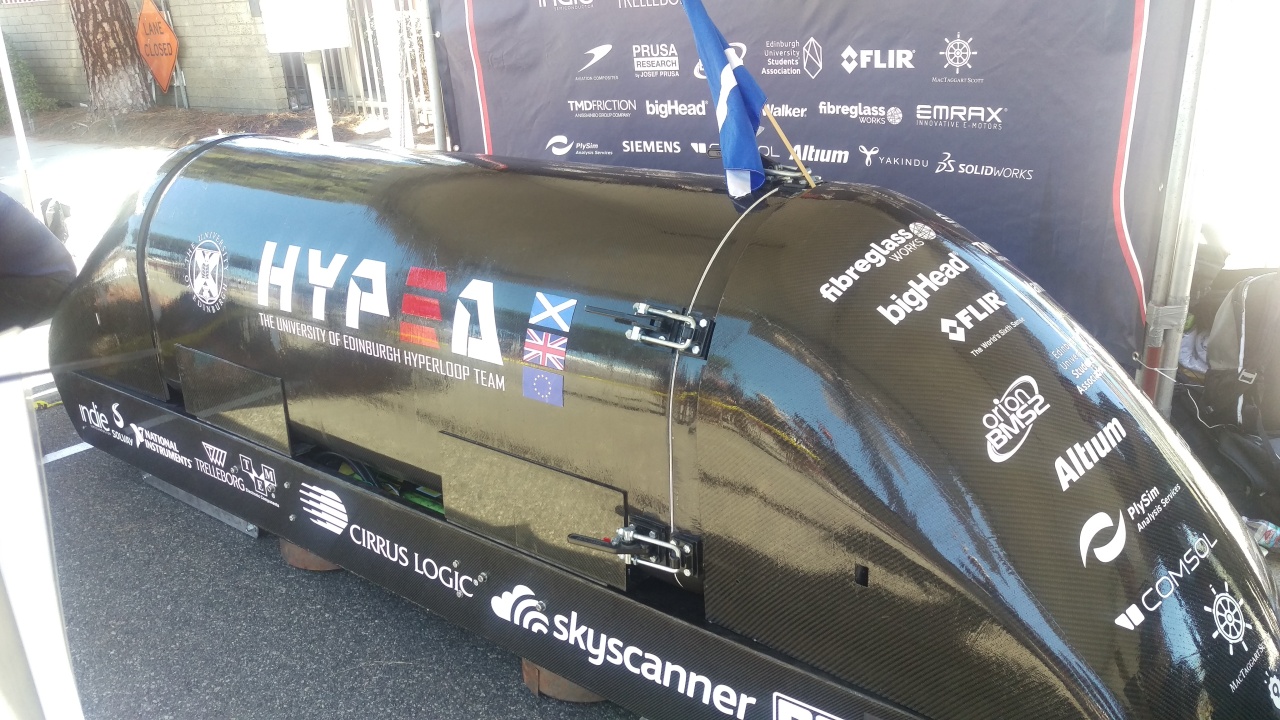