Whistler is only 2 hours away from Vancouver and so everyone who lives here (especially the international students who have not grown up with easy access to ski resorts), are eager to make the most of it. In December, we were all plagued with exams, and the only light at the end of the tunnel was the thought that after they were over, we could escape to snowy Whistler. So we booked an AirBnB, and knowing that our week of skiing was only days away, committed to our studies with a little more resolve.

Since opening weekend, we had been blessed with much more snow, meaning that although still not everything was open, we could be a little more adventurous with our skiing. I had never been to Whistler before (other than opening weekend), so everything we did was new and exciting to me. It snowed every day and night of our stay – one night while we were there, it snowed over 50cm! This meant that powder skiing was our go-to – and we did not ski a single groomed run. 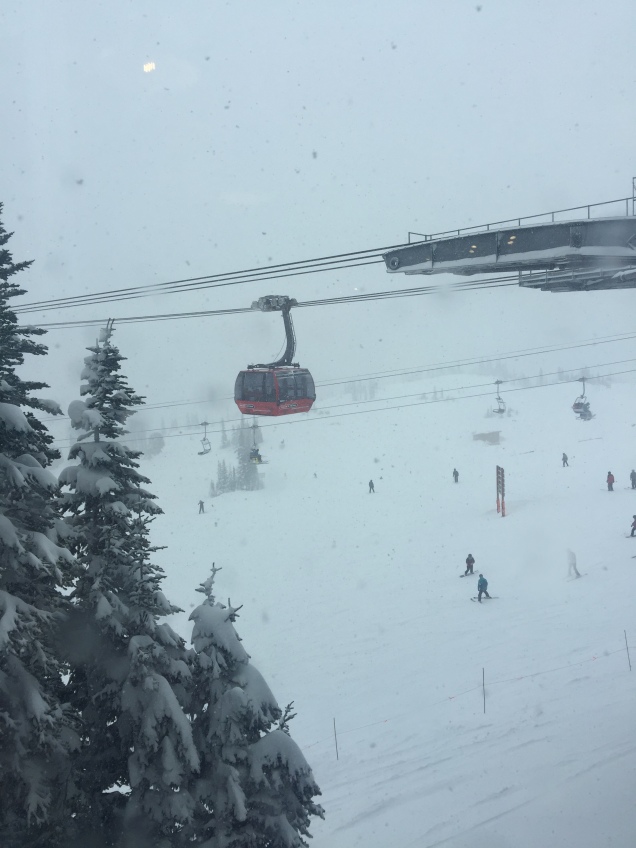 I had also never skied powder before – pretty much all the skiing I have done is with my family and they tend to stick to the piste – so every day was a challenge that I was delighted to accept. My skis are also totally wrong for powder skiing – they are much too thin and heavy – so I spent a lot of time tumbling through the snow. I managed to do a flip on one particularly exciting fall, which unfortunately no one actually saw. In general it was pretty lucky that the powder was so fresh as it was extremely soft – apart from it being enormous fun to ski on, it meant that no one in our party got hurt.