Unveiling the Secrets of Prastio-Mesorotsos, Cyprus

Six weeks spent digging and trowelling in the hot climate of Southern Cyprus all in the hope of discovering clues that would give insights into the lives of the prehistoric Cyprian people. The multi-period site, Prastio-Mesorotsos, is located in the Pafos district and dates from the Neolithic to 1900’s. Having never worked on an archaeological site prior to this I was unsure of what to expect and a little nervous on how well I would fair working in an exposed trench during the hottest time of the year. However, I was very eager to learn all the skills that you need to work on an archaeological site and potentially discover some interesting finds. Under the guidance of the site director, Dr. Andrew McCarthy, and several other supervisors, myself and ten other students participated in this year’s archaeological season on the site. 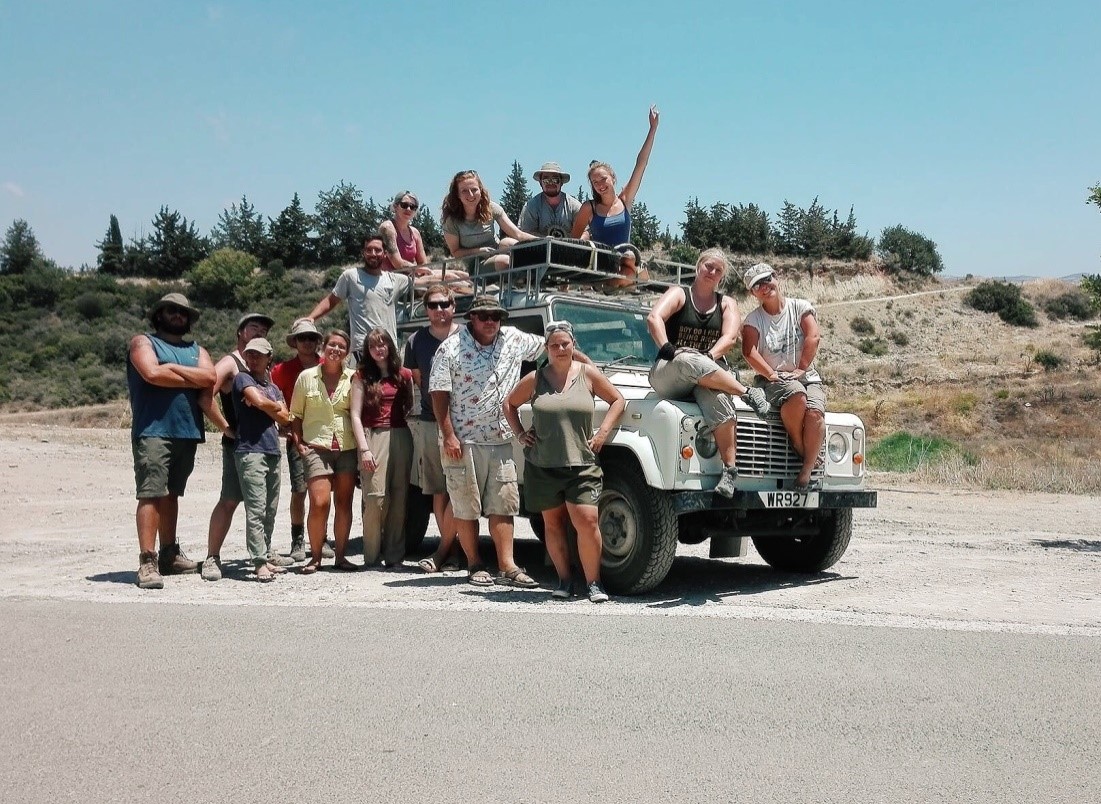 One of the very first things I learned was how to properly prepare the site for excavation. As the trenches are covered with tarpaulin, which is securely weighed down by dirt and rocks, when the previous season ends, we had to uncover all the trenches and clean them thoroughly before any excavation work could begin. This meant sweeping each trench with brushes to clean off any dirt that had fallen onto the trench surface. We all worked together effectively to quickly get each trench on site ready to be excavated.

We were divided up into smaller groups and assigned to a specific trench. Three fellow students and I worked on trench IV. Whilst working in this trench I learned and developed the key skills needed to effectively excavate a site. These skills included: identifying the stratigraphy of the trench, digging to remove a specific layer of this stratigraphy, using the correct method of trowelling – to prevent potential damage occurring to artefacts, safe removal of artefacts and observing patterns and features within the trench in order to give insightful interpretations of the context in which artefacts have been found and of that sections relationship with the trench as a whole.  In addition to carrying out excavations in trench IV I also learned methods of making an accurate plan of trench sections. I worked with one of the other students in my trench to plan the section we had been excavating together. We used both grid and scale-and-offset techniques to create a scaled plan of our section. 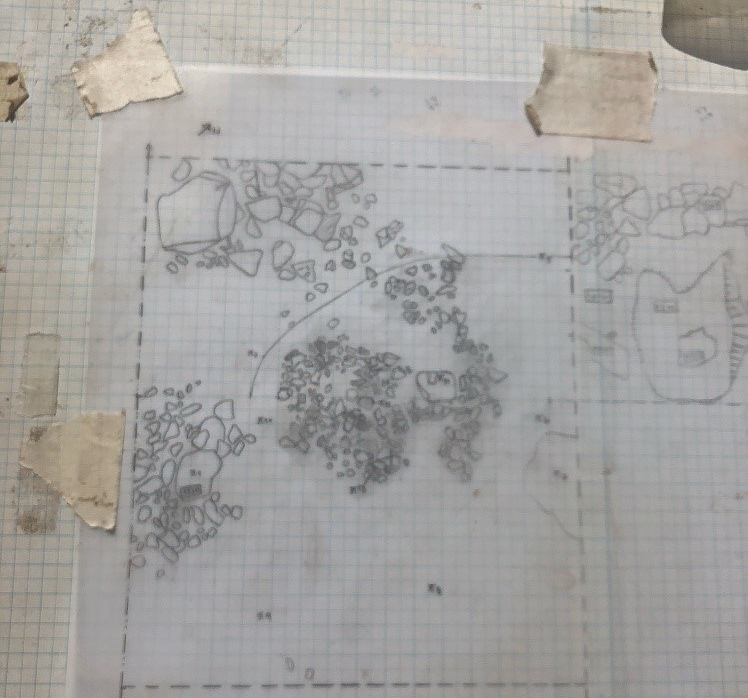 Scale drawing of a section within trench IV

Furthermore, I learned how to do floatation, which separates light and heavy fractions of dirt taken from the site. I was very pleased to have found several interesting artefacts whilst working on the site which dated from the Neolithic and Bronze-age. This trip was an amazing experience and I am so glad I got to work with such interesting people.