I live in a zone full of funeral parlors 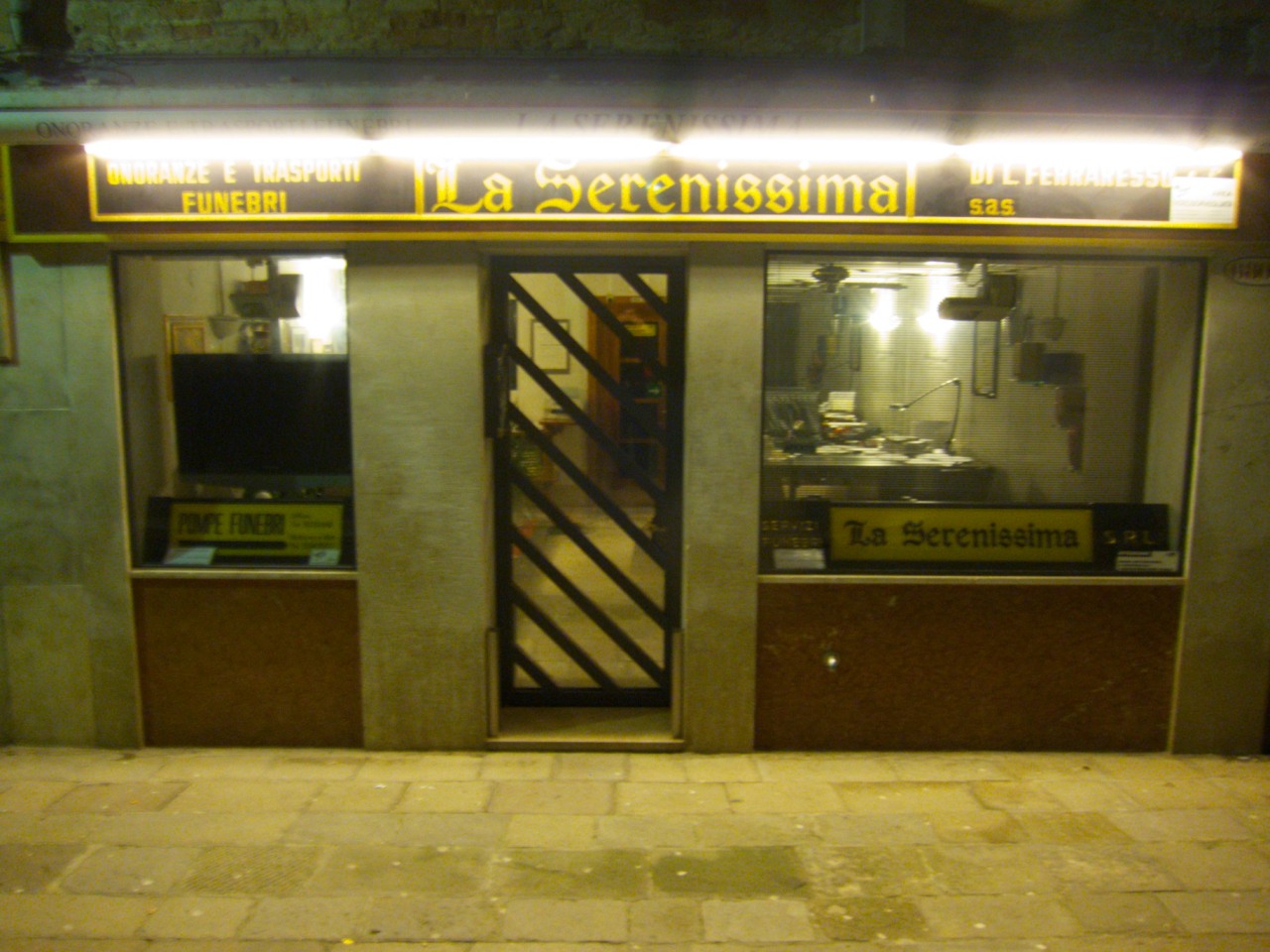 I live in a zone full of funeral parlors. My landlady’s handyman is an undertaker.

For a while I thought it was a neighborhood of florists, but then I realized that they, too, were in the business of death.

My view, across a hidden canal, is the hospital of SS. Giovanni e Paolo which, in turn, looks out at the island cemetery of S. Michele. I hear births, sirens and terminal moans.

Today I bit the bullet and paid Charon his obol (the current rate is €6,50 one way).