Dark, damp, full of unknown creatures, and seemingly never-ending: these were my initial impressions when I first explored Sardinia’s Neolithic rock-cut tombs. Known as domus de Janas (“houses of the fairies”) because of their similarities to dwellings, they were first hewn out by the island’s inhabitants around 4000 years ago. And in June 2018, supported by the Go Abroad Fund, I was lucky enough to undertake fieldwork that will help to better contextualise their place in prehistoric societies. 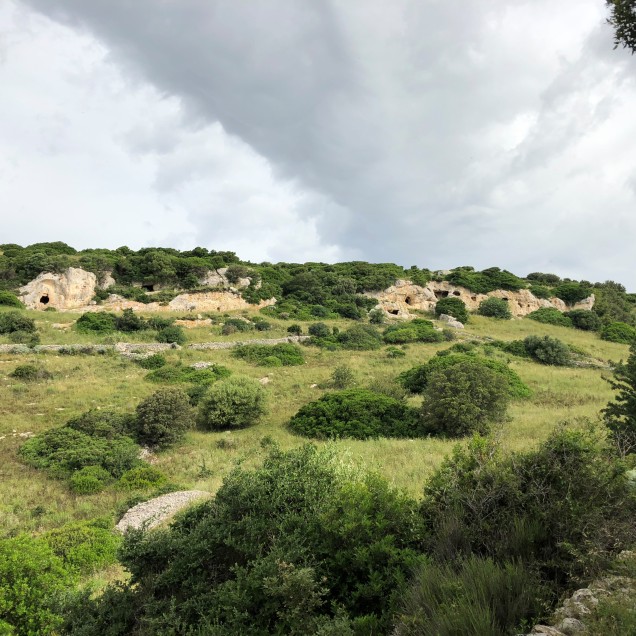 Left, an example of a domus de Janas near Ossi called Littos Longos, and right, a view of Mesu ‘e Montes, the site of last year’s project and a good example of a Neolithic cemetery.

Our team of five – comprising one lecturer, three students, and another archaeologist from Toulouse – undertook surveys of the landscape and created detailed records for sites, using a technique called photogrammetry to generate 3D models of the tombs and the surrounding topography. This year, we focused on the cemetery of S’Adde ‘e Asile in north-west Sardinia, comprising over 11 tombs, potentially with more awaiting discovery. Particularly of interest was the architectural motifs which feature in many domus de Janas; it is possible that these imitated the ‘houses of the living’, for which there remains almost no archaeological evidence. The reasons for this imitation, and the social meanings and uses of the tombs, formed the basis of our research. Additionally, the importance and interpretation of sites such as S’Adde ‘e Asile in local communities, and to Sardinian cultural heritage, is a central aspect of the longer-term project.

Most archaeologists will stress that fieldwork is not like that of Indiana Jones – and before my first season in Sardinia, I might have agreed. However, crawling around in the darkest depths of ancient tombs, where bats, snakes and scorpions occasionally surprise you and some of the doorways are barely large enough for a person to squeeze through, comes fairly close. Our chosen technique of photogrammetry uses series of photographs from multiple angles to create 3-dimensional representations; this is a time-consuming and complex process, especially when it involves working in cramped internal spaces! Thankfully for us, our other main task was fieldwalking across an extensive area of land surrounding the site, and flying a drone with an attached camera for aerial views – so we got plenty of time to enjoy the Sardinian sun! Further exploration of the area revealed new, ‘undiscovered’ tombs, and potential Neolithic settlement areas. We even found ourselves the subjects of an upcoming film!

Taking some aerial shots with the drone of one of the tombs at S’Adde ‘e Asile (licensed pilots only!). 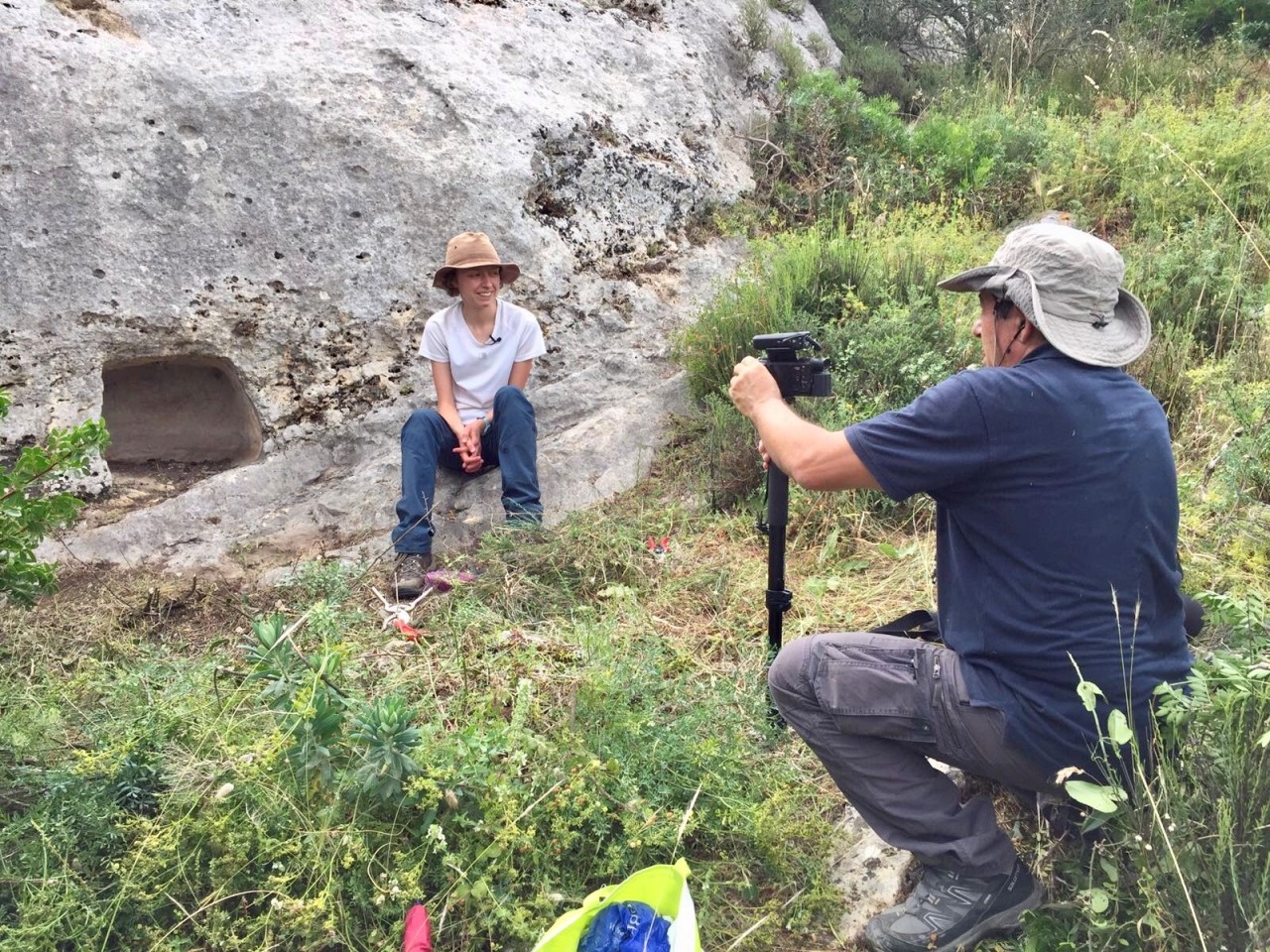 My taste of fame: being interviewed about our project work!

And it wasn’t all work for the three weeks: Sardinia is an incredible place, and we fitted in trips to other archaeological sites, to Alghero and Sassari, and a well-deserved evening at the beach followed by pizza and an outdoor jazz concert!

The data from the 2018 project contributes to research at the University of Edinburgh and provides new material for the local commune of Ossi. I was able to refine my archaeological skills and increase my knowledge of Mediterranean prehistory, which will inform and guide my upcoming postgraduate studies. I’m so grateful to everyone who helped to make this season so fantastic – fingers crossed for a return trip next summer!

3D models such as this one were created for the tombs – these will be incorporated into a larger model, useful as a detailed record and for public outreach and engagement. Check out an interactive version of this model here: https://sketchfab.com/models/ae62e1f6738d421b8190e175fffbcc2c