This summer I experienced 33-degree heat for the first time in my 19 years of life. While sat in a boiling hot car in between naps because of the 2 and a half hours sleep I had managed the night before, I wondered what in the world had convinced me volunteering in Romania for two weeks was a good idea.  I didn’t even know if I was pronouncing the word for ‘hello’ right as I arrived at the volunteer centre in the heart of Romania and was already wishing that the two weeks would fly by. However, as I had a look around my new home for the next few weeks surrounded by ex-communist blocks of flats that had been newly painted in bright colours I thought that there were worse ways to spend a few weeks in June as my mind was cast back to taking my A-level exams that time last year.

Myself and three others chosen earlier this year to represent the Engineering for Change Society on their annual project in Romania. I was very lucky to be given the opportunity so after the initial nerves settled about the language and what exactly we would be doing, we got stuck right in to the purpose of the trip: education. The society has had a link with the FAST Romania charity for years and have worked with them every summer promoting their vision of social integration and bringing an end to the discrimination the Roma community face in Romania. Our main aim was to work in the charity’s Mission House in Tarlungeni with the hundreds of children in the local community who do not go to school.

When we went to the Mission House for the first time we were surrounded by children of all ages shouting the names of the Roma woman who run the house under the employment of FAST. I was so surprised to see all these children who were waiting outside anxious to get in and learn something. But the Mission House provides much more than an education for the children; for most it is the first time they get any real food in the day. We got stuck in to teaching them straight away and throughout the weeks we made towers, lava lamps, paper rockets, bridges, egg parachutes from whatever resources they could find, and did many activities revolving around numeracy and the alphabet. By the end of our trip I hoped that the children had learnt something even if it was that spilling vinegar or ‘oţet’ is a bad idea because it takes a week for the smell to disappear. Even though it was our job to inspire the children I think we were the ones who learnt the most about the sense of real community and what a privilege education in our part of the world is, as well as our numbers to 20 and colours in Romanian as it turned out that the children were great teachers too! 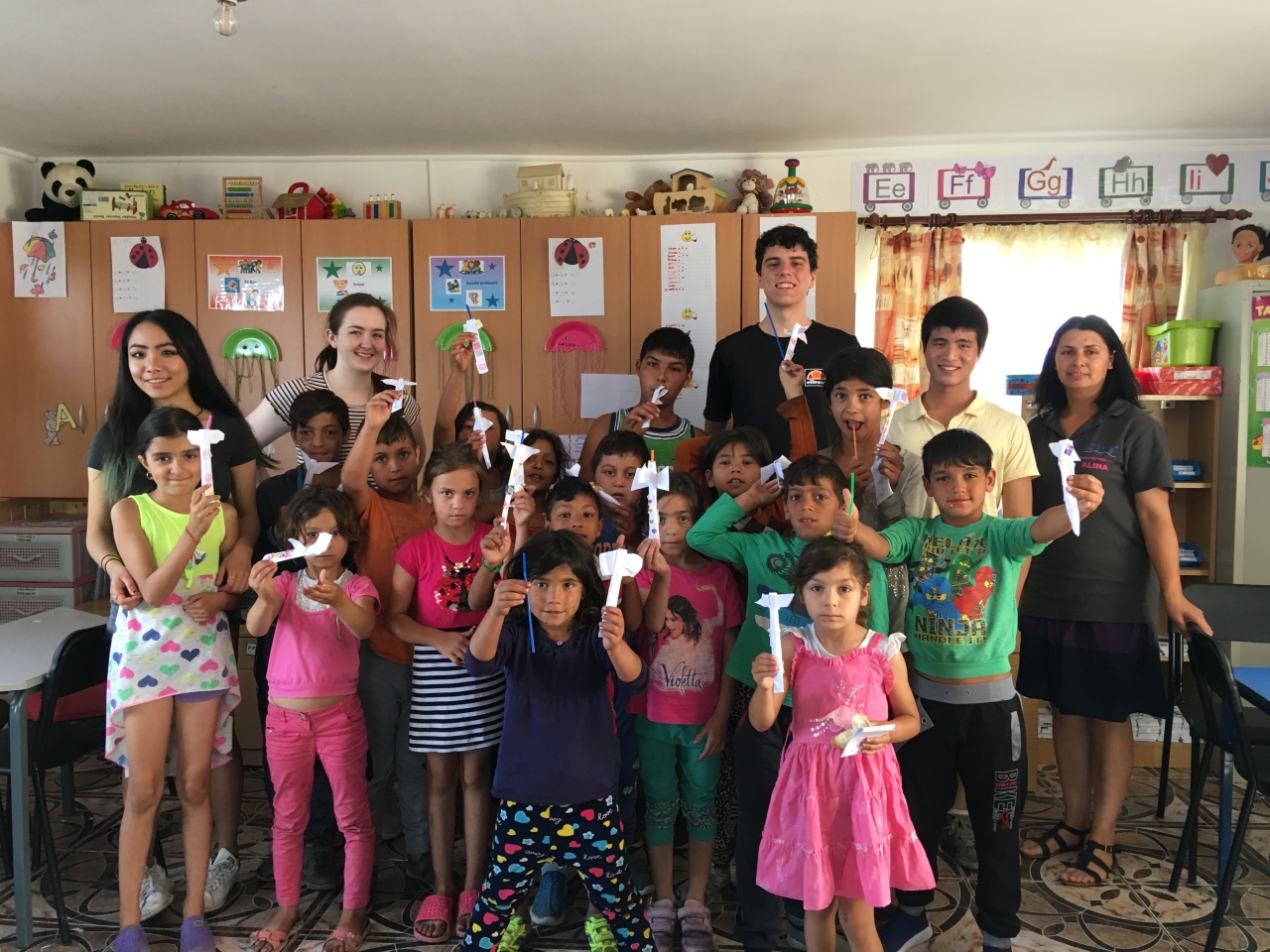 Our group of volunteers with a few of the students 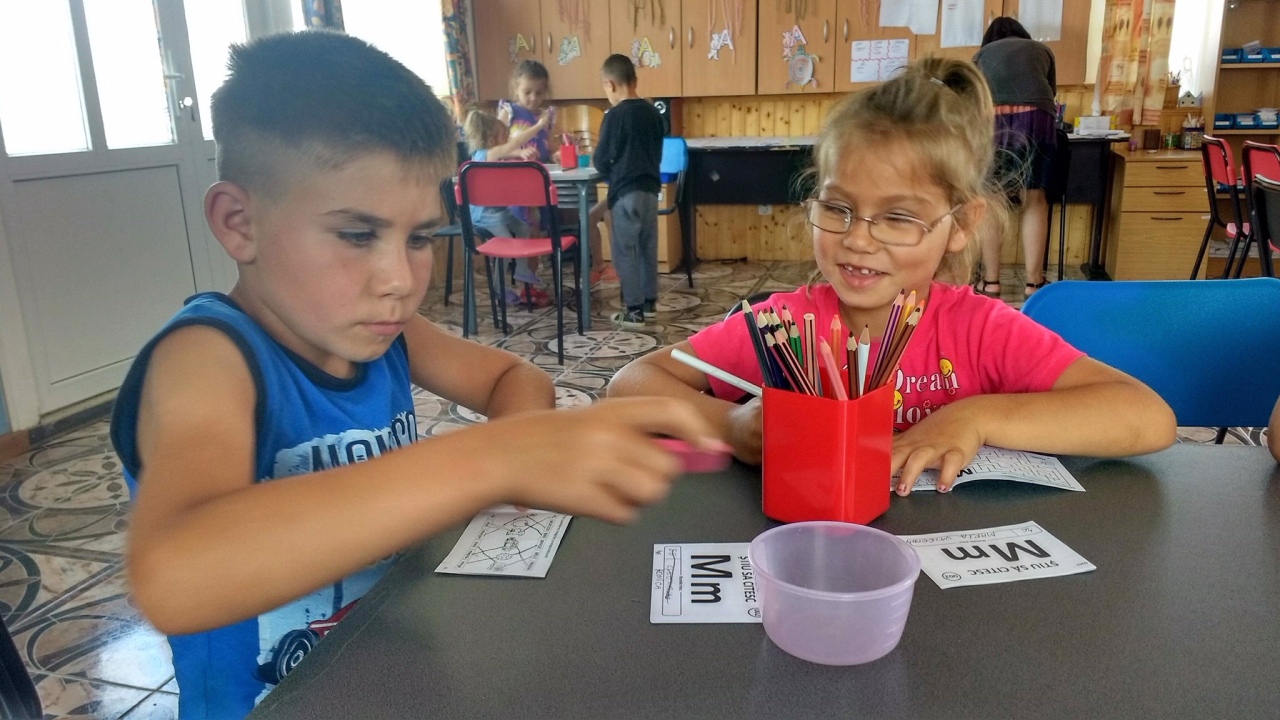 Brother and sister learning in the Mission House 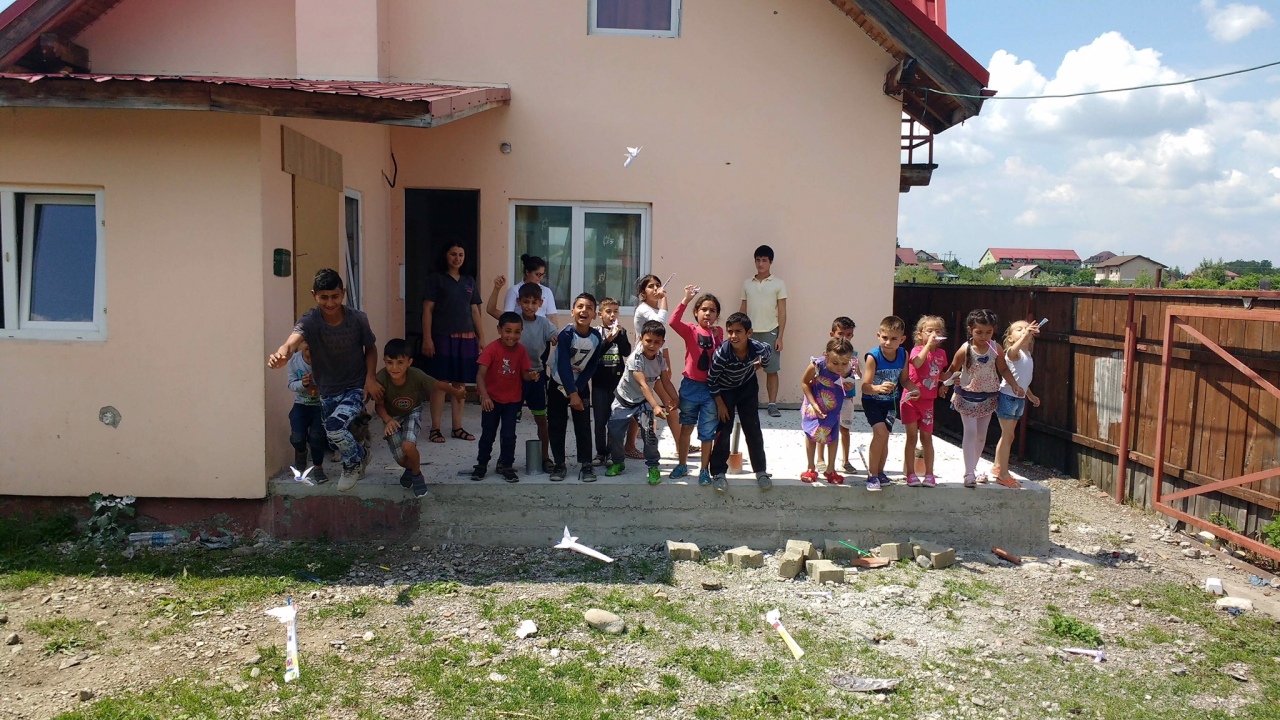 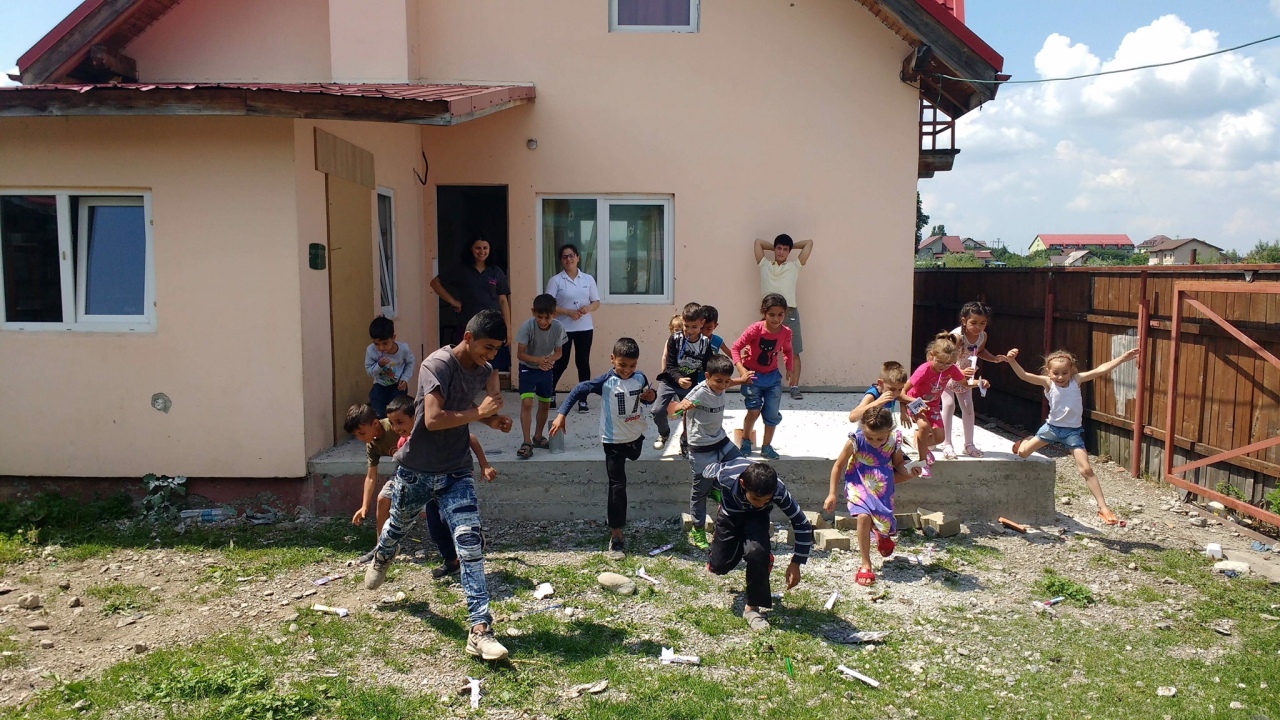 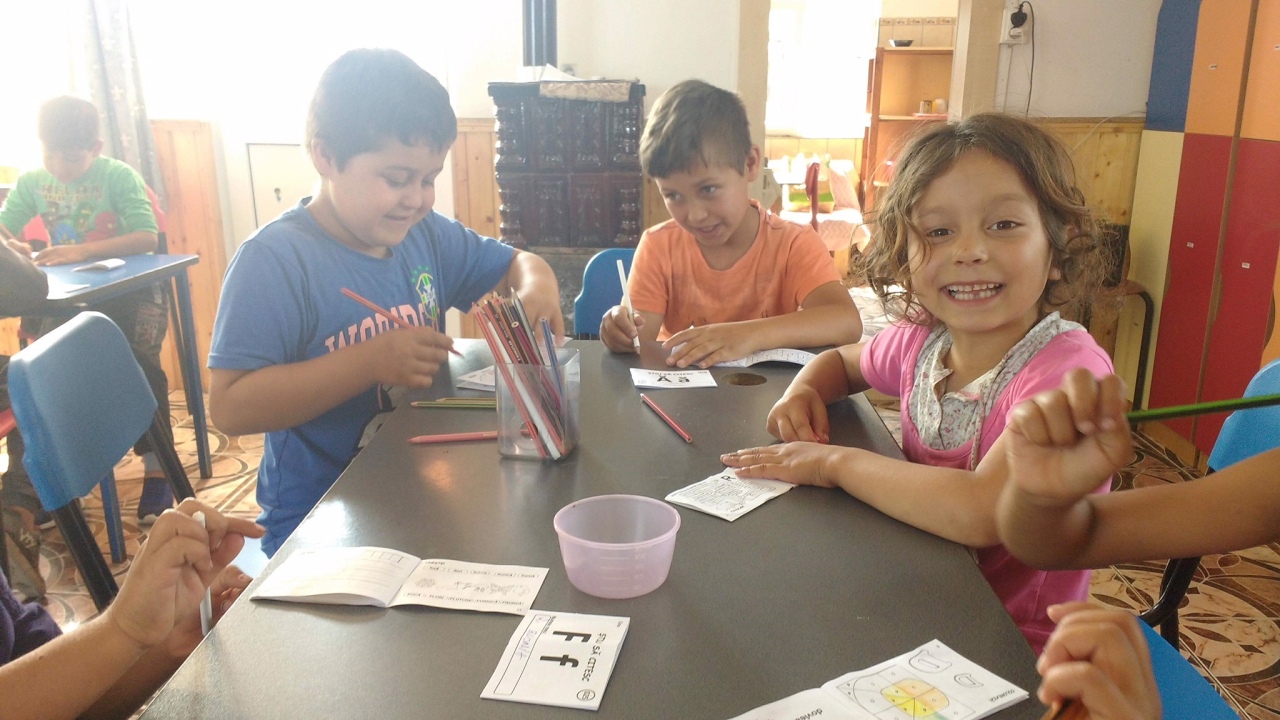 A few of the children happy to learn