Always judge a place by its food. And that’s coming from an English girl.

So I wrote the majority of this ages ago (I went travelling November-February) but it’s taken a while to upload… Anyway, I travelled to Tasmania, the East Coast of Australia, New Zealand and some parts of South East Asia.

First stop: A road trip around Tasmania. An excellent country for a road trip, although not at night- there’s a reason the locals hate wallabies. Many long, deserted roads and plenty of free campsites along the way. Tasmania’s scenery and weather is as consistent as lumpy gravy. You have beaches with clear water and white sand, contrasting with mountains and terrain like the Lake district. The weather was no better: we went from swimming bikini-clad in the sea to fleeing snow within a week… in the Aussie summer. We joined an Iranian family in the excitement of snow and ended up taking photos together. My favourite place in Australia by far is Cradle Mountains in Tasmania, it’s just so beautiful even in the fog that we saw it in. 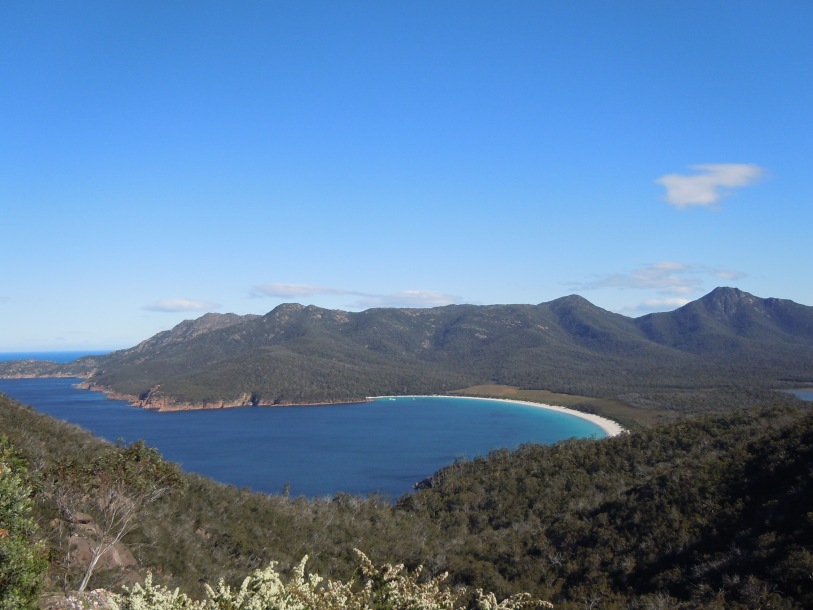 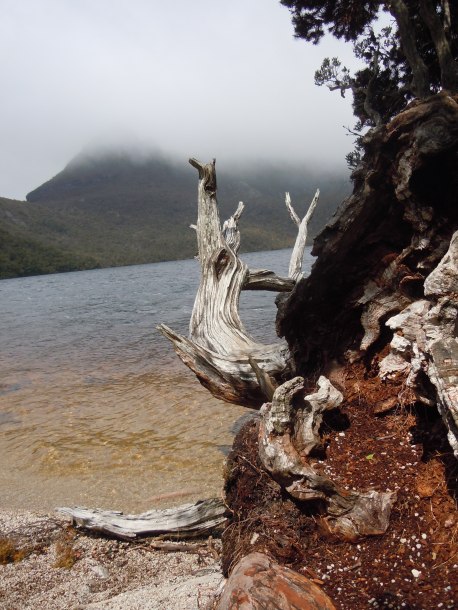 Next travel trip: East Coast. I have mixed feelings on this. I travelled in December and was a little disappointed, probably because I was missing home and the snowy pictures of Edinburgh cluttering my feed didn’t help. Christmas didn’t feel like Christmas. It also felt less of an adventure than Tassie but I was on a tight budget and schedule, neither of which are good to travel with. I began by travelling back to the 60’s. The smell of weed was strong, the sound of Bob Marley constant and hippies everywhere. This is Byron Bay. From here, Brisbane and Noosa. Noosa is beautiful and the markets incredible- Australia has a strong market game- disappointing when you only have one bag to take all your stuff home in!

I spent a week in Bowen with friends which was probably the highlight of my trip- I felt like a kid again, going to the equivalent of blockbusters and take-out Pizza! I also went to the first screening of Star Wars. We bought tickets on the day and the cinema wasn’t full- I thought my hometown was small! The week was spent chilling, going out on boats and generally having a great time. I even got overly into decorating my friends Christmas tree! From here, Cairns. Enter: the Great Barrier Reef. Although the reef was amazing, the boat was not. I spent every second above water lying on the deck trying not to feed the fishes. Unfortunately, you can see the colours are less vibrant than they were, a result of coral bleaching; basically them dying. My final activity the budget allowed was Gorging. This is so fun and so beautiful – basically jumping and abseiling through a gorge!

Earlier, I mentioned mixed feelings and that’s because I felt I was doing a route done many times before. Travel agents set out to trap you with selling techniques I found belittling and rude- making someone feel their spontaneous trip will be rubbish because nothing is planned as a result of the companies they plug being booked up. It was my first trip alone and the confidence degradation was unnecessary. 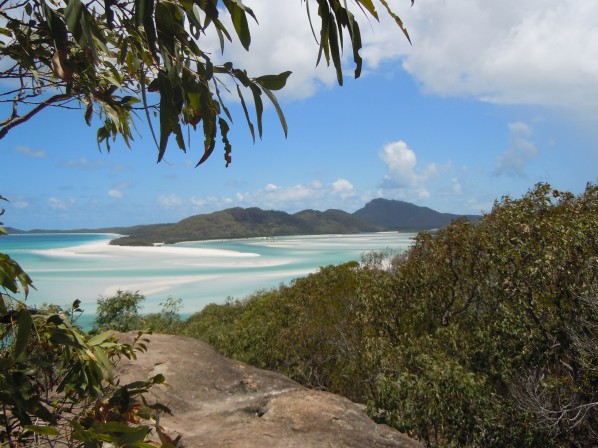 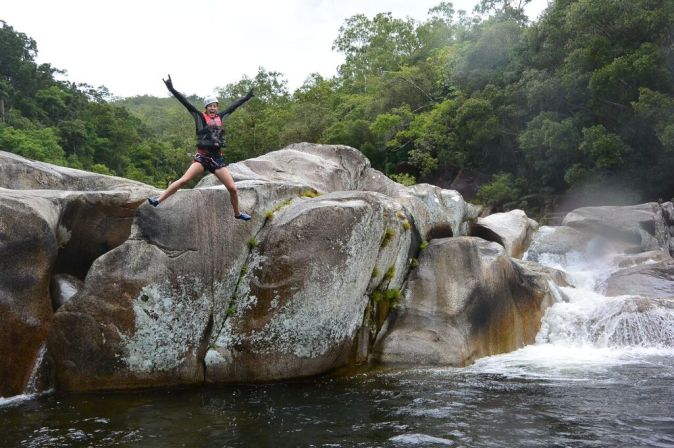 From an unscheduled trip to a bus tour: New Zealand! Here, I joined the Kiwi Experience, nicknamed the Chlamydia bus by the locals. This kind of holiday is fun because you get to know the people you travel with, on a short time schedule (a point where I felt lonely on my East Coast trip). I didn’t need to pre-book activities but I found the company to have a LOT of small print and be very disorganised. But this is only useful if you’re considering this for your holiday. Let’s get to the point where I make you want to go!

NZ felt a lot like how the UK would be if it were on acid: colours and scenery more accentuated and dynamic, like someone turned the dial on full blast. I have seen LOTR a few times and it felt like I was in Hobbiton constantly. In fact, surprisingly to anyone who knows me, I went to Hobbiton and I really enjoyed it. I make no secret the films disinterest me, but even I turned into a massive tourist, dancing around the maypole and taking photos. Other fun things were the Tongariro crossing and visiting the Maori village. The crossing was incredible, exhausting but worth it. Basically walking over volcanoes and Mt Doom (aka Mt Ngauruhoe) which, in the films, was greatly CGI’d to be respectful to the Maori who hold this mountain in greatest respect. It was incredible to see the haka and the dancing in the Maori village. 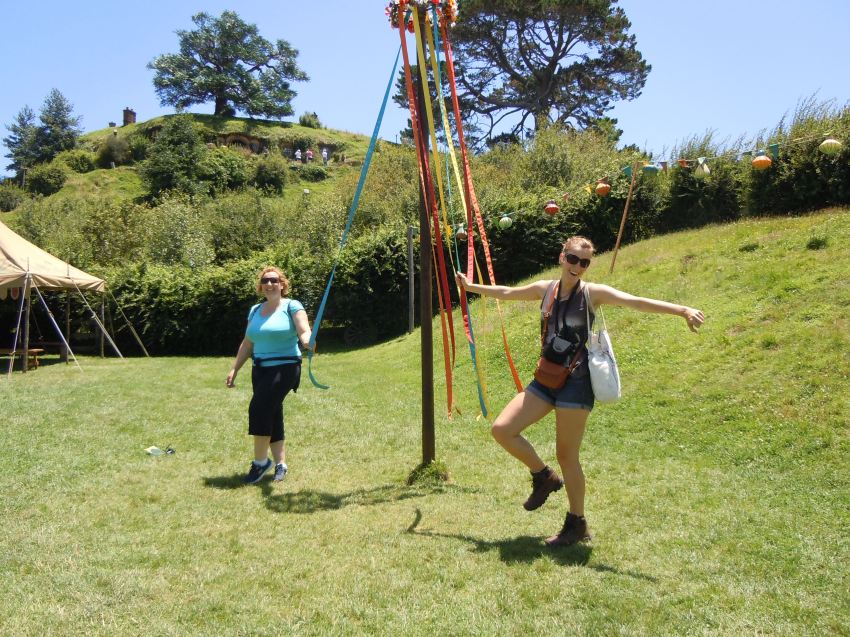 Dancing around the Maypole 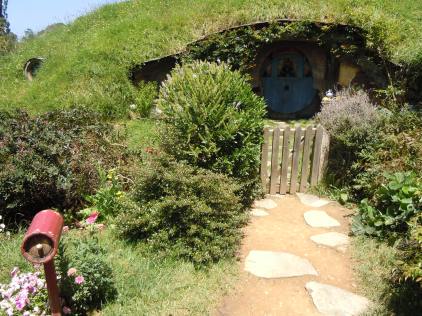 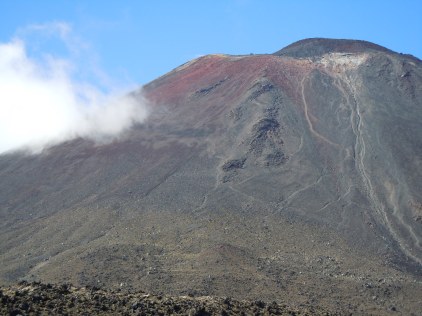 The South Island was different in terrain, more dynamic. I climbed Roy’s peak which resulted in spectacular views and visited Queenstown which had amazingly cheap alcohol, famous burgers and 20” pizzas. One of the more confusing aspects, a teapot of alcohol including a shot glass- do I shot the cocktail? Sip it? Very confusing. 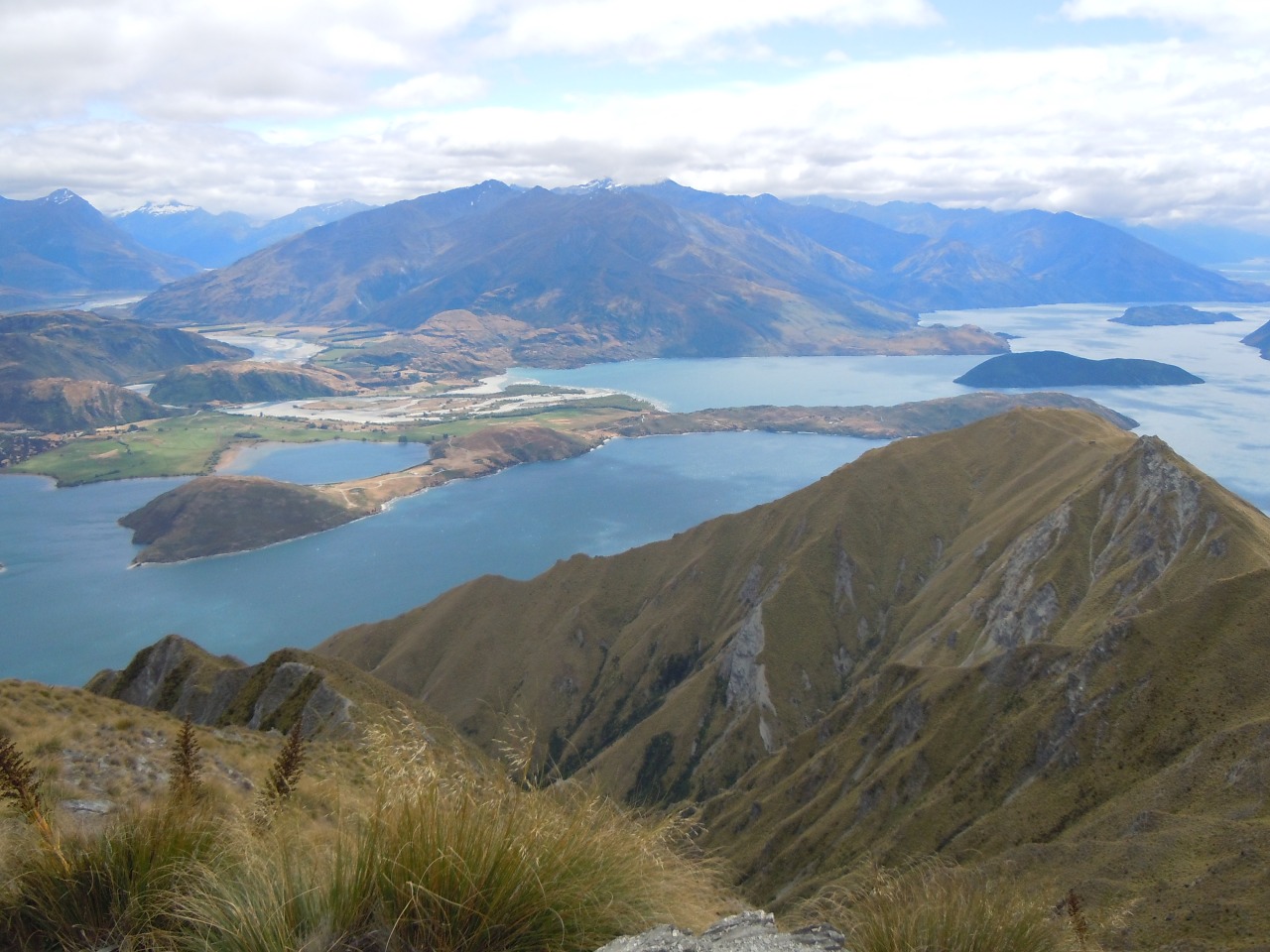 Finally: South East Asia. I loved it and wish I could’ve spend longer than the tiny, bursting-with-colour taster so far experienced. There is so much life and chaos, it is impossible not to be bull dozed over by it; maybe literally by a scooter on the streets of Ho Chi Minh, Vietnam. Crossing roads is a dangerous activity, you literally need to say “ I might die crossing but if I don’t, I might die waiting in this spot forever”, neither of which are appealing. Asians think white people are dumb to wait for someone to ask for help- if they see an opportunity, they grab it. Quite a difference from the queues famous to Britain… 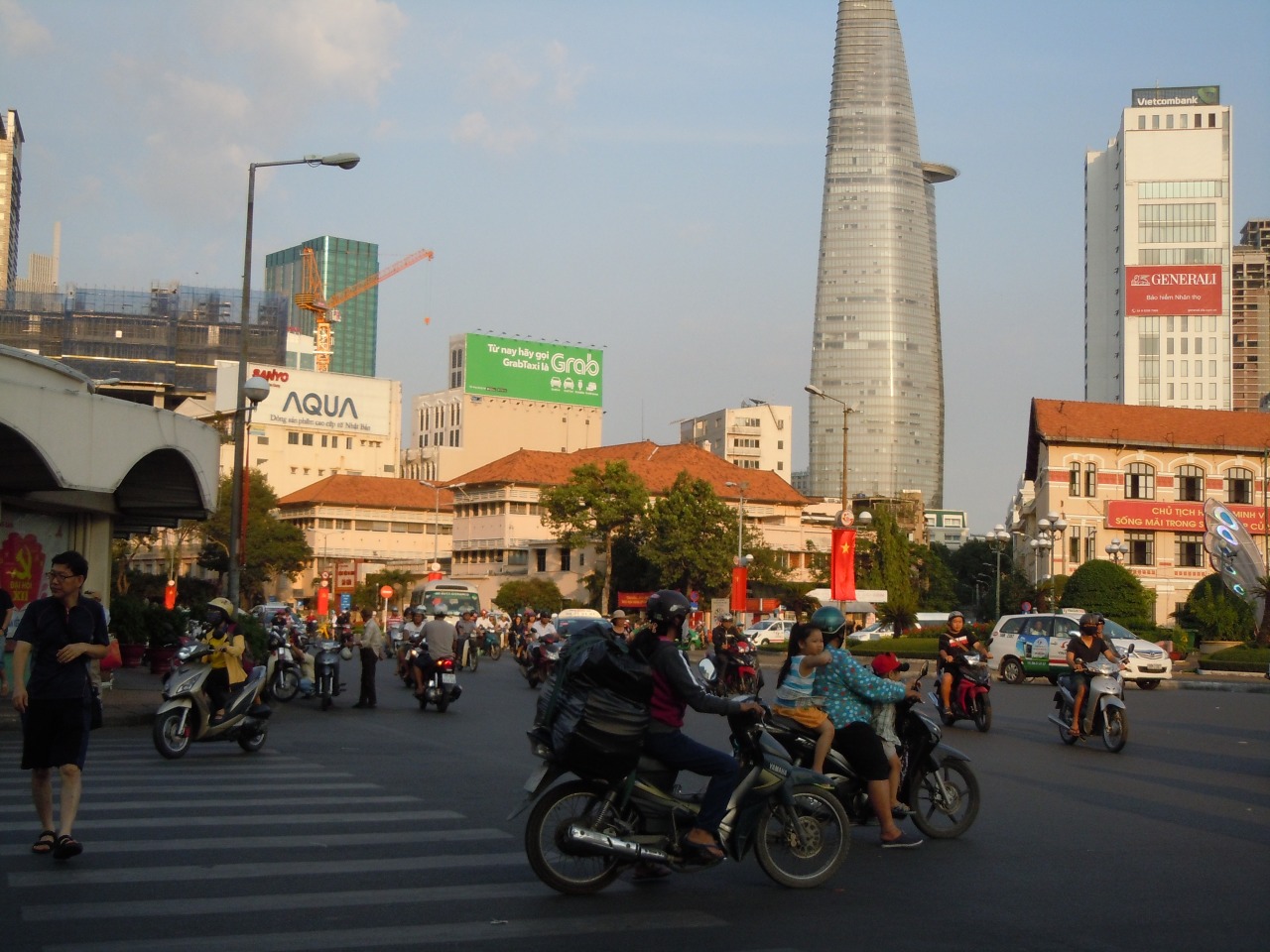 Fatal sport of crossing the road

The food. They have westernised food but I couldn’t work out if that was a treat to them like their food is to us or if purely for backpackers. I tried to rank the countries in terms of best food, each place clambering and clawing over the next for first place. None succeeded. However, two noticeable awards. The best curry award goes to Siem Reap, Cambodia (sorry dad) for the Khymer Chicken Curry and the best hot chocolate to Penang, Malaysia. Vietnam got me from nearly vomiting when eating mince to actually choosing to order it.

I could go on about the food forever but that would make me hungry and sad I now have to go cook for myself. And wash up after. I miss Asia. On top of the food, shopping and cheapness, my travel buddy and I ventured into the world of history and culture. Penang has a particularly fun hunt around the city for the different art works depicting how life used to be. I went to Vietnam and you can probably guess what history I learned: The Vietnam/American war. What stood out for me was the warfare and how it differed greatly between the two countries. The US used bombs (more than the total bombs in ww2), guns and Agent Orange (a horrible toxin still deforming generations today, their lives drastically shaped by an event they were to young to witness). The Vietnamese had tunnels, 40*60cm (CM!!!) they fitted into and lived in. They had a huge underground system from previous wars to avoid getting caught. Their shoes were double ended so you couldn’t tell which way was correct in the tunnel and booby traps that ensnared their opposition in a spikey pit. Gruesome, but smart.

The history that made the biggest impact on me was Cambodia’s, a country still picking itself up after ¼ of its population was slaughtered by its own people in the Khymer Rouge between 1975 and 1979. That’s less than a generation ago and only 4 years long. I had never heard about it and if you are like me in this case, then it is essentially what happened in the holocaust but in order to become a communist country. Instead of Jews, gypsies etc it was the educated, the traveller, those wearing glasses- anything to suggest you were intelligent. Rather than nose length to determine religion, the softness of hands was measured as an indication of intelligence.

School equipment was used to torture, classrooms disfigured into jail cells wrapped in barbed wire to prevent suicide and fields dedicated to killing. You would die once they had the confession they wanted from you, regardless of truth. One Kiwi was taken and tortured into a confession, using names such as Sgt Pepper of the KFC agency so that only a westerner would understand the ridiculousness of what he was saying.

From this sadness to the Angkor Wat- amazing but there are only so many temples you can see in 3 days. From Thailand, Malaysia and onto Singapore. Thailand was cool, I ate my first scorpion there which I don’t recommend and we celebrated the Chinese New Year. Lots of red lanterns and food. Singapore I really enjoyed. I met a friend who did a great job showing me around although he did introduce me to sea slugs and pig’s intestines- not sure if that’s a good thing or not! We got swallowed by a giant human in Science centre, jumping into gigantic brains and enjoying a rave party by the heart. It also turns out they have a mall for every day of the week. Probably every day of a month. 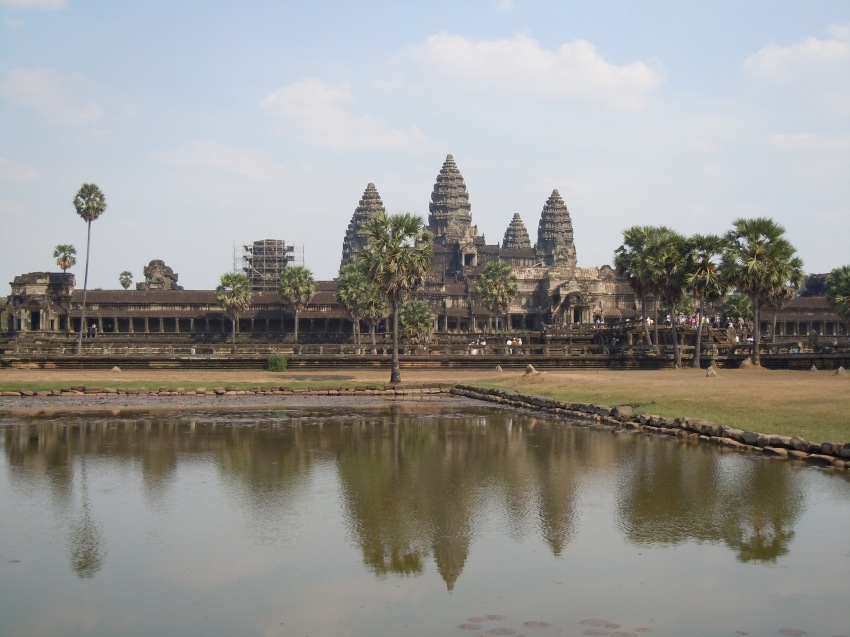 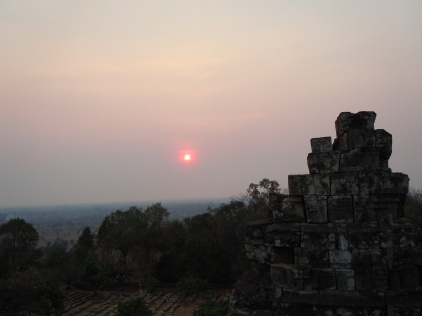 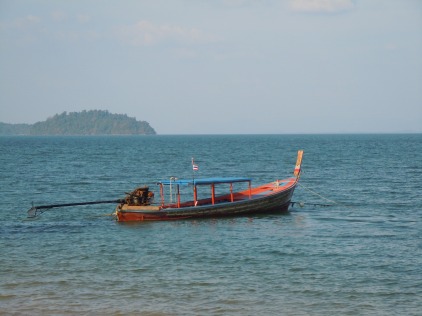 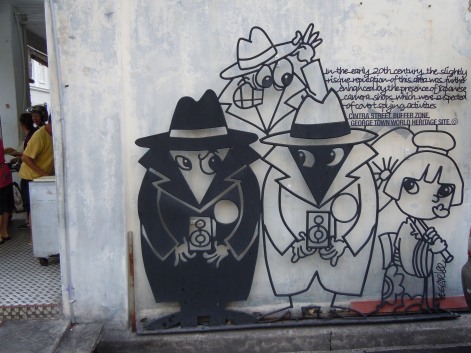 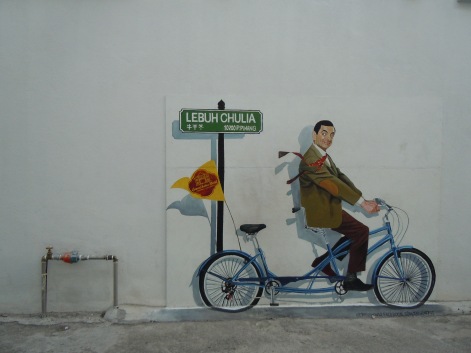 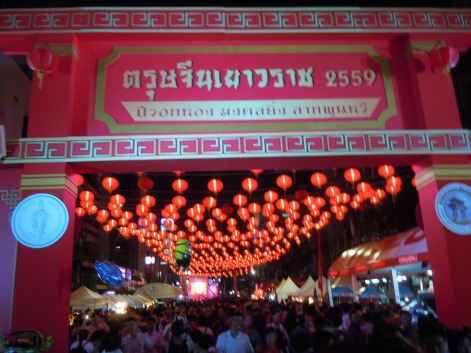 So travelling was amazing, seeing so many new things, meeting new people and eating some incredible food (always judge a place on its food. ALWAYS.). It’s good for a short while but I began to miss a wardrobe by the end of it.